The Palm Centre is the original and premier UK nursery for hardy exotics. Established in 1989 by Martin Gibbons, it has since expanded into the 4 acre nursery in Richmond where we grow, propagate and source a large variety of both indoor and outdoor plants, from the rare and unusual to those more commonplace in horticulture today.

Martin Gibbons first became interested in palms when, back in the 70’s, he was given a Kentia palm by his brother for his new flat.

Knowing nothing about plants he duly watered it to death, but buying its replacement and learning about palms and their care woke something in him which became a hobby, then a passion and finally the business known today as the Palm Centre.

After selling plants by mail order from home, he opened his first nursery in East Sheen in 1990 when the idea of a shop selling exotic plants was “completely unheard of at the time”. Nonetheless the idea took off and the popularity and success of the nursery gave Martin the freedom to travel around the world seeking palms wherever they grew, studying them, photographing them and writing about them.

In 2000 the Palm Centre moved to its present address in Richmond as the business expanded. 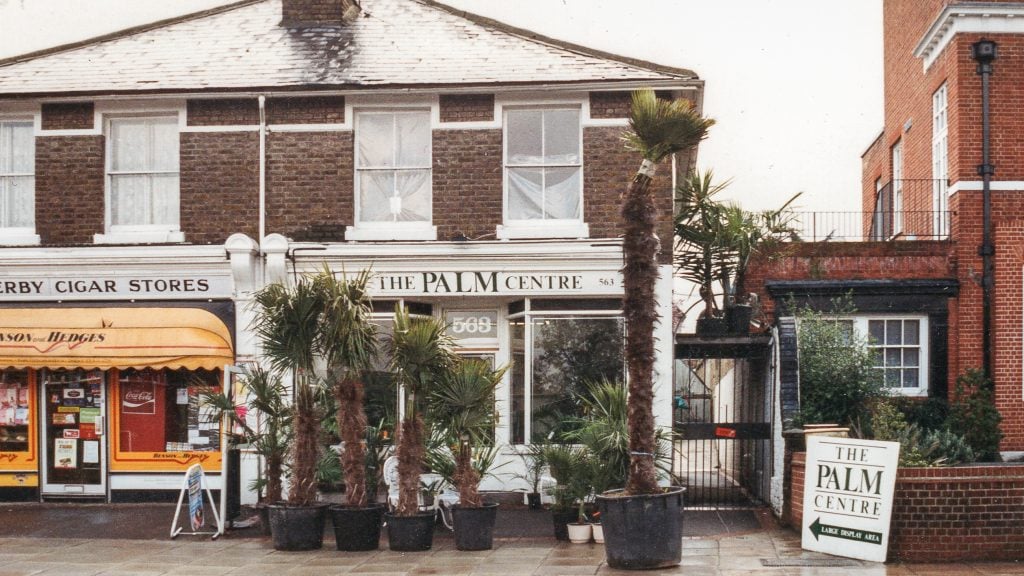 (Above: “It was completely unheard of at the time” A shop selling palm trees in South West London. The East Sheen store from 1990 till 2000)

From far and wide

Martin’s travels took him all over south-east Asia, northern India, South America, China, and more. With a colleague he discovered four new species of Trachycarpus, re-located the thought-to-be-extinct Medemia argun palm in the Sudan and, from Morocco, introduced the fabulous Blue Chamaerops to Europe.

(Above: Various images from around our Ham nursery.)

To the present day

Today the Chelsea award-winning Palm Centre has expanded to supply retail, online and trade customers with a full range of outdoor hardy plants including palms, ferns, bamboos, grasses, olive trees, arid and herbaceous plants as well as a broad range of indoor plants.

Martin’s passion and enthusiasm continues to inspire our experienced team of plant specialists each of whom has his or her own particular horticultural skills and expertise. This means we can provide knowledgeable service across the board. 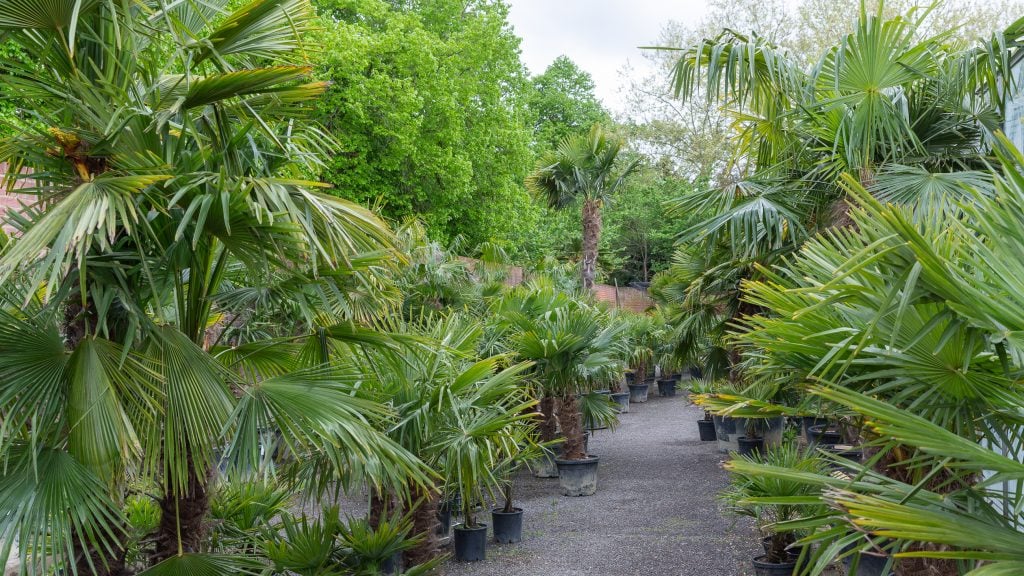 (Above: The Trachycarpus display at our eastern boundary wall near Ham Polo Club.)

Stay in touch with the latest updates